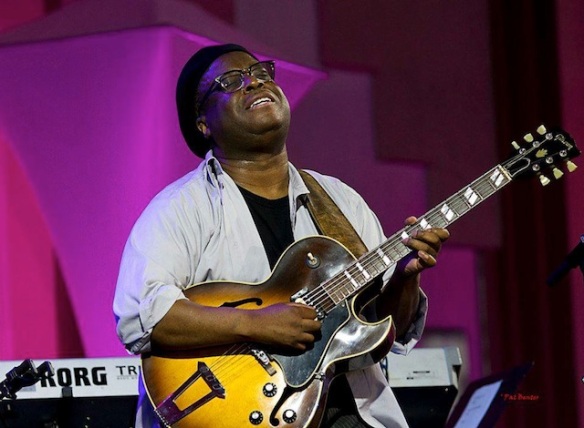 It’s so very sad to hear of the death of Brother Ronny Jordan.

Ronny was a polite, chilled, likeable guy. Although I was asked, we never got around to playing a formal gig together, just a couple of jam sessions. He knew of my uncle, Ernest Ranglin so we always had something to talk about. We even spoke a few times about the possibility of Ronny doing a Jazz Jamaica set with us one day.

Ronny was one of a group of talented West Londoners I met in the mid-Eighties. He shone a light that helped show many British-born African-Caribbean musicians a world of opportunity beyond our shores, and provided employment and an artistic outlet for many young musicians for nigh on 20 years. Overall, my impression of Ronny is that he was a giver more than a taker. I liked and admired him a lot.

He also did something rare that will be remembered forever: he had a Jazz hit, making his success a success for the whole of the UK Jazz scene.